After Experiment # 1 it was only natural to wonder how long would it take an organic egg shell to dissolve. 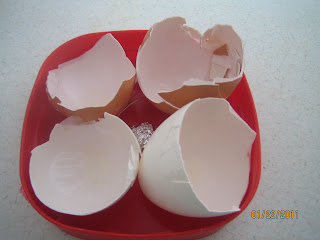 As the organic egg shell is thicker and stronger than the regular egg shell, it will probably take longer to dissolve in vinegar (acetic acid). 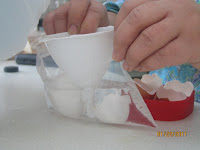 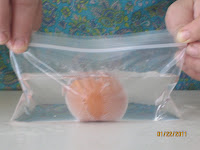 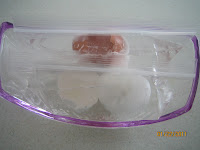 Observations:
#1 Within a few minutes of pouring vinegar into the ziploc bags bubbles started to form, showing air escaping from the egg shells. This is actually the reaction of vinegar (acetic acid) with the calcium carbonate crystals, forming carbon dioxide gas.
# 2 After about 20 minutes there were lots of bubbles collected on top of the vinegar. 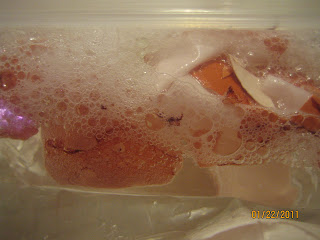 #3 After a couple of hours the organic egg shell bag seemed to have some reddish brown pigment floating in the bag. (Not sure what it was). 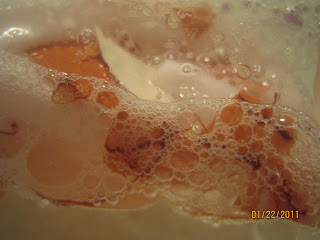 # 4 The bags also looked looked puffed up, showing that they were full of carbon dioxide. 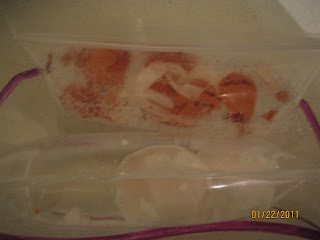 NOTE:We had to open the bags and release the air , fearing the ziploc bag might burst. In this sense we were glad we used ziplocs cause it showed and proved the constant production of carbon dioxide due to the reaction between the egg shells and vinegar.
We decided to double check and release some gas again from the bags before going to bed.
# 5 On the next day a piece of  the regular egg shell crumpled easily, when rubbed between two fingers. The organic egg shell pieces looked less disintegrated but were also crumpling easily.
# 6  On the 3rd day on taking out the egg shell the second inner membrane was also visible as it separated in the regular egg shell. The egg shell had completely disintegrated and was clinging to the membrane like wet powder. The small shell pieces, floating in the vinegar, turned into a powdery paste when rubbed between the finger. 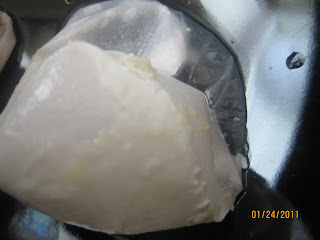 # 7 The organic egg shell had softened up more but was till visible in pieces clinging to the inner membrane.

Conclusion:
The regular egg shell reacted faster with the vinegar than the organic egg shell proving the hypothesis.

Maashaa Allaah, your experiments are really interesting.. I'm looking forward to doing them with my kids, bi idhnillaah :-)

Alhumdolillag Sister, do let me know how it goes when you do them. 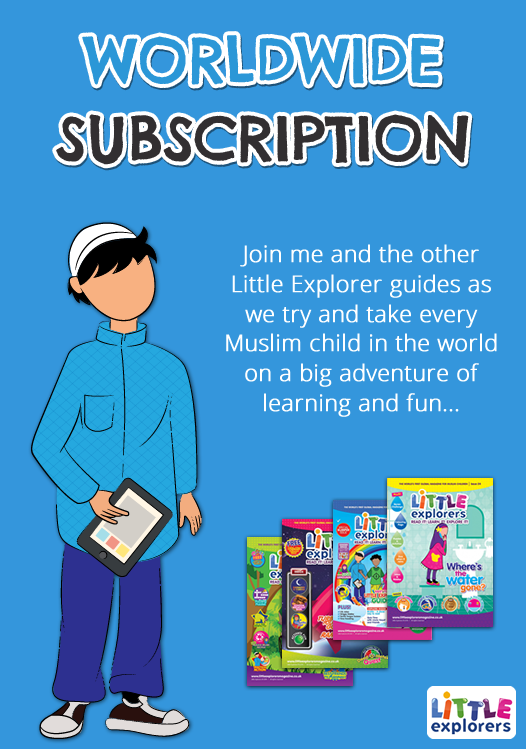 To find our more or to purchase a magazine, please visit http://leworld.co.uk/

Assalamo alaikum warahmatullahi wabarakatuhu,
Welcome to Umamah Learning Academy Blog. This is a sister blog to our Lil Muallim blog where we store all our homeschool resources. In this blog you will find postings on things we do at home to make our learning fun, interactive and long lasting Inshallah. Life is a challenge and all days are not the same, we have our ups and downs. This blog is a small window into our life as homeschoolers. Our aim in life is to become better Muslims day by day, learn from our mistakes and think out new ways to overcome any hurdles we may face. May Allah help us and guide us in our endeavours. Ameen.
Check out our other blog: http://www.lilmuallim.wordpress.com/

My kids and I love to know what you think of our posts and activities. So please do drop in a few words to encourage my Lil Muallims.

I am not responsible for the content of all third party links.